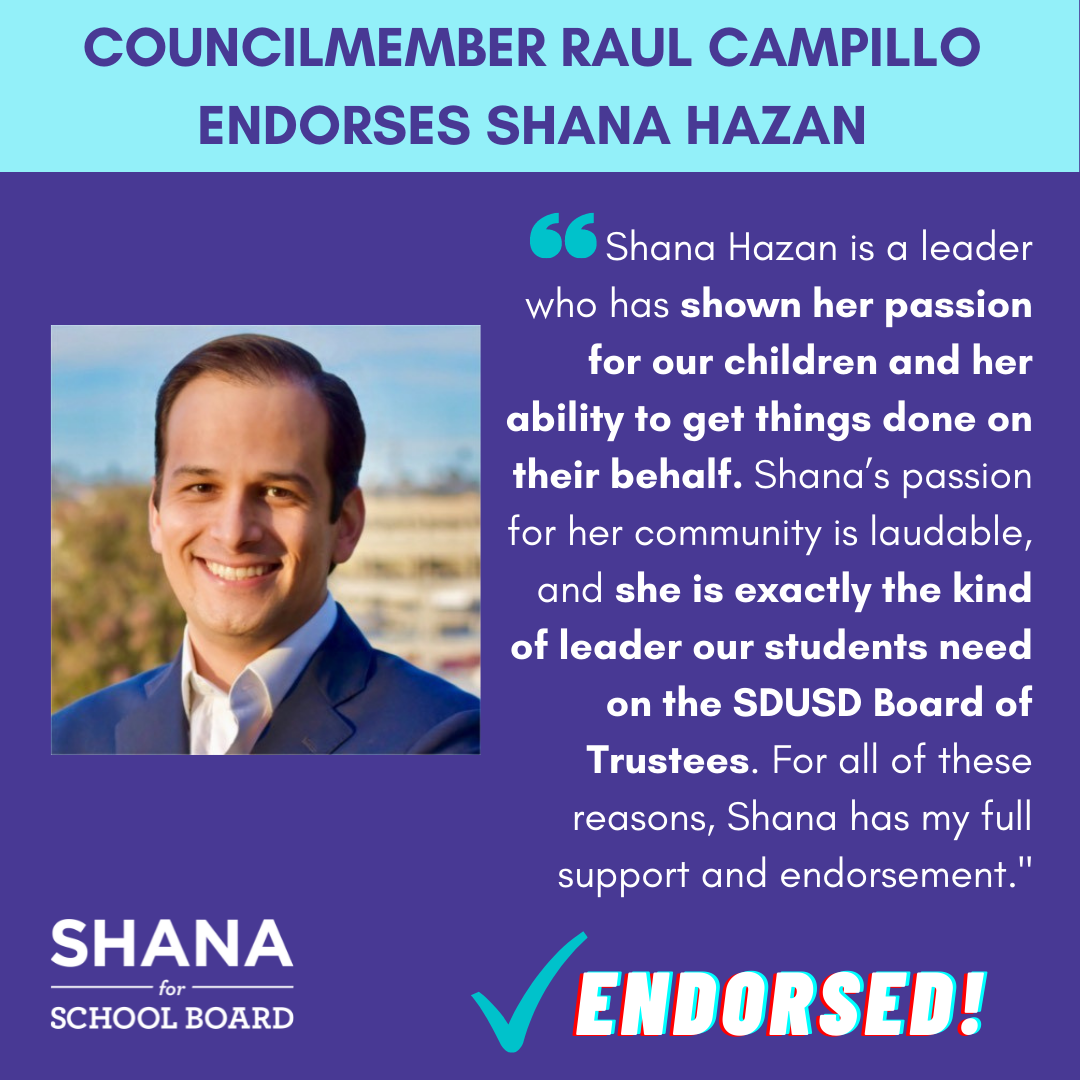 San Diego, CA — Today, Shana Hazan, former public school teacher, parent of an SDUSD student, and candidate for the San Diego Unified School District (SDUSD) Board of Education District B, announced she has received the endorsement of District 7 San Diego City Councilmember Raul Campillo. There is significant overlap between the two districts, with Council District 7 making up 60% of School Board District B.

“Shana Hazan is a leader who has shown her passion for our children and her ability to get things done on their behalf,” said Campillo. “Shana’s passion for her community is laudable, and she is exactly the kind of leader our students need on the SDUSD Board of Trustees. For all of these reasons, Shana has my full support and endorsement.”

“As a former public school teacher, Councilmember Campillo has been an instrumental force in advocating for San Diego’s families and children on the City Council. I am particularly excited about his work to create the new Office of Child and Youth Success and am honored to have earned the councilmember’s support and trust and look forward to working with him to support San Diego’s children,” said Hazan. “On the Board, I will work every day to make strategic investments in and shape the policy of our education system that builds equitable schools and gives every student in every neighborhood the opportunity to succeed.”