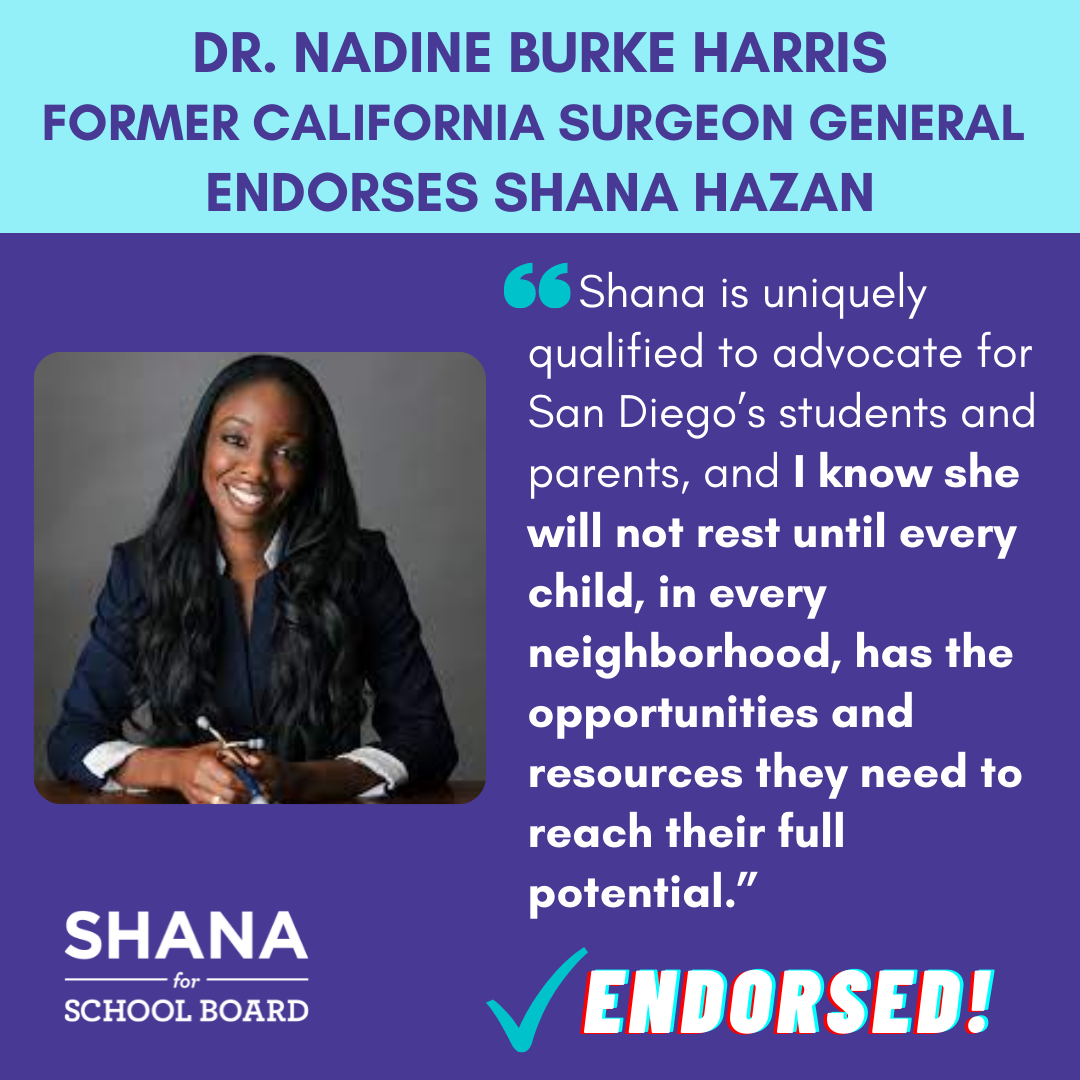 Dr. Nadine Burke Harris was appointed the first Surgeon General of California by Gov. Newsom in 2019, effectively led the state through the most challenging days of the pandemic, and served until February 2022. During Dr. Burke Harris’ tenure as Surgeon General, she worked alongside Hazan as Chair of the California Children and Families Commission (First 5 California) to guarantee quality early care and education for California’s youngest children.

Dr. Burke Harris is an award-winning pediatrician and researcher, and a renowned expert on the adverse health effects of childhood trauma. She is the founder of the Center for Youth Wellness, a group that has become a national leader in influencing pediatricians to screen children for various forms of trauma. Dr. Burke Harris holds a medical degree from the University of California-Davis, completed her residency in pediatrics at Stanford University School of Medicine, and earned her master’s degree in public health from Harvard.

“I have had the privilege of working with Shana Hazan on California’s First 5 Commission and have seen her steadfast commitment to eliminating inequities for young children and families across our state. As our longest-serving commissioner and Vice Chair, Shana has shaped strategic priorities and plans, and helped develop systems to evaluate the impact of our investments,” said Burke Harris. “She is a goal-oriented and heart-centered leader who understands we must address social determinants of health and Adverse Childhood Experiences if we want to improve educational outcomes. What’s more, her experience as a community leader, former teacher, and parent with a child in the school district has earned her a rock-solid reputation for putting kids and families first. Shana is uniquely qualified to advocate for San Diego’s students and parents, and I know she will not rest until every child, in every neighborhood, has the opportunities and resources they need to reach their full potential.”

“It is an honor to be endorsed by former Surgeon General Dr. Nadine Burke Harris,” said Hazan. “Dr. Burke Harris is a trailblazing and relentless advocate for improving the health and wellbeing of all children. Her cross-sector work to raise awareness about the impact of childhood adversity — and our collective ability to buffer against adverse childhood experiences and improve lifelong health — has played a critical role in shaping the future of pediatric medicine and systems that support kids and families. I’m thrilled to have her support and am proud to use her research in this campaign to build stronger, healthier schools and communities across San Diego.”

If elected, Hazan will be the only member of the five-member School Board with a child in San Diego public schools.