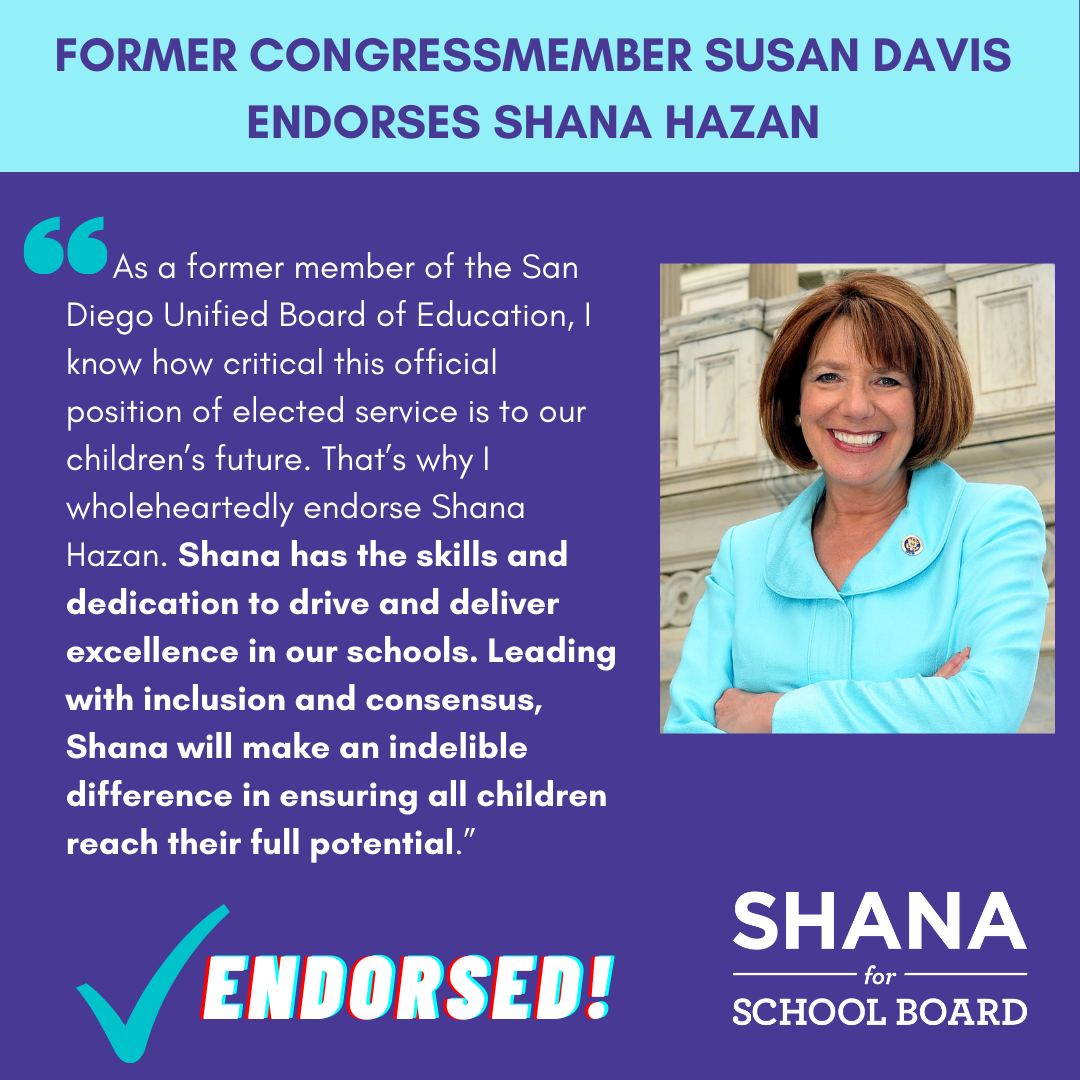 Congresswoman Davis began her elected career on SDUSD School Board

Davis served on the San Diego Unified Board of Education from 1983 to 1992, including two years as President.

“As a former member of the San Diego Unified Board of Education, I know how critical this official position of elected service is to our children’s future,” said Davis. “That’s why I wholeheartedly endorse Shana Hazan. Shana has the skills and dedication to drive and deliver excellence in our schools. Leading with inclusion and consensus, Shana will make an indelible difference in ensuring all children reach their full potential.”

“Congresswoman Davis’ work to improve schools, deliver for teachers, and strengthen education accomplishments both as a lawmaker and while on the School Board are an inspiration. I am so honored to have earned her support,” said Hazan. “If elected, I will work every day to build stronger schools rooted in equality, so every child, in every neighborhood, can thrive and succeed.”