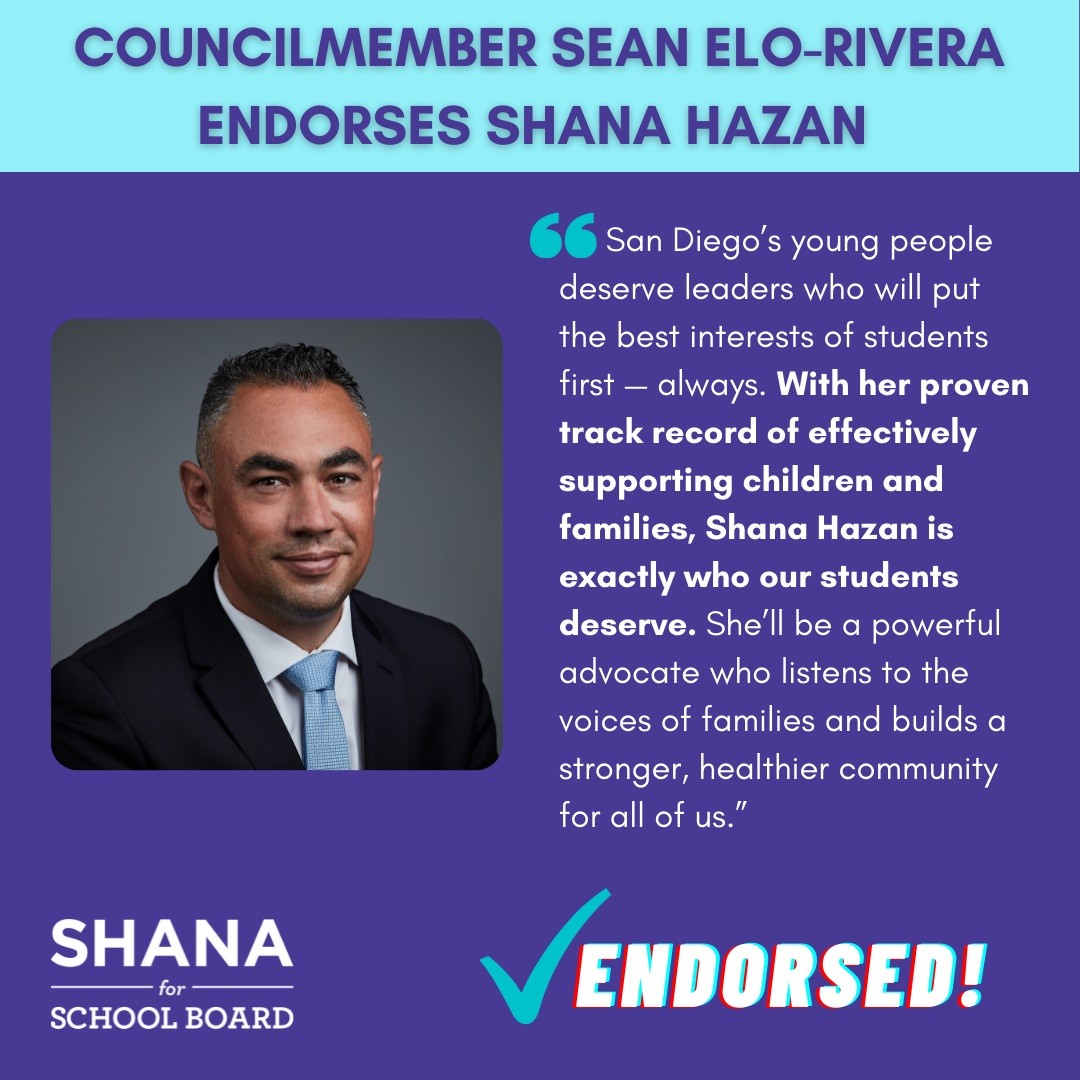 Elo-Rivera, who represents the communities of Alvarado Estates, City Heights, and Southcrest, Chairs the Council’s Environment Committee and serves as Vice Chair of the Land Use and Housing Committee. Elo-Rivera is the third City Councilmember to offer support to Hazan’s campaign and is a former San Diego Community College District Board Trustee and was recently appointed to the governing board of the Cradle-to-Career Data System.

“Shana is a proven effective and collaborative leader who has demonstrated a longstanding commitment to our community,” said Elo-Rivera. “I know on the School Board, she’ll continue to be an advocate for our parents and students, and work to build a stronger and healthier community for us all. I enthusiastically support Shana for School Board.”

“Councilman Elo-Rivera has been a champion for students and their development and empowerment throughout his career, and I’m honored to have his support,” said Hazan. “On the School Board, I pledge to work with the Councilman and San Diego parents and educators to build healthier communities and stronger schools rooted in equity so every child, regardless of their zip code, can reach their full potential.”

Born and raised in San Diego, Hazan is a fourth-generation San Diego Unified graduate, graduating from Scripps Ranch High School in District B. She started her career as a public elementary school teacher in underserved communities before heading up a program that makes it safer for kids to get to and from school, and designing and launching a statewide school fitness program, an anti-hunger initiative, and a service-learning and leadership program for high school students across San Diego. Hazan also served as Chief Philanthropy Officer for Jewish Family Service of San Diego, where she managed a $28 million annual fundraising program, secured millions in funding for educational programs and social services for seniors, asylum seekers, and low-income families, and earned a reputation for rallying diverse teams and delivering results.