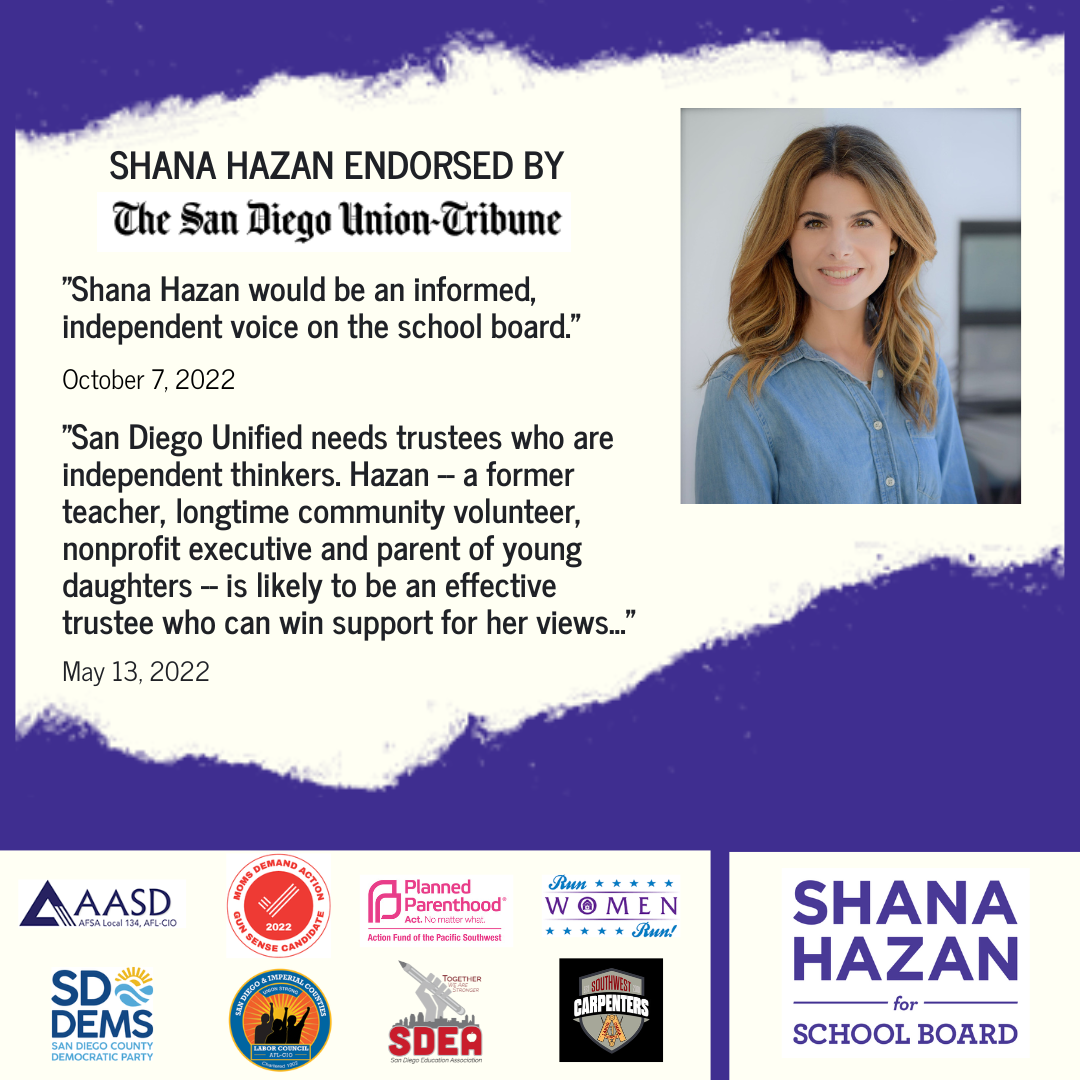 “Shana Hazan would be an informed, independent voice on the San Diego Unified school board.”

Just as they did in the Primary Election, The San Diego Union-Tribune again endorsed Shana Hazan in the General Election, citing her independence, background as a former educator, nonprofit executive, parent of district student, and nuanced understanding of educational issues.

According to the Editorial Board, Shana “offered more comprehensive comments on how to address the learning gaps created by remote learning during the pandemic; how to use standardized test results as one data point among many…” and “has the potential to be an informed, independent voice on a school board that has long needed one.”