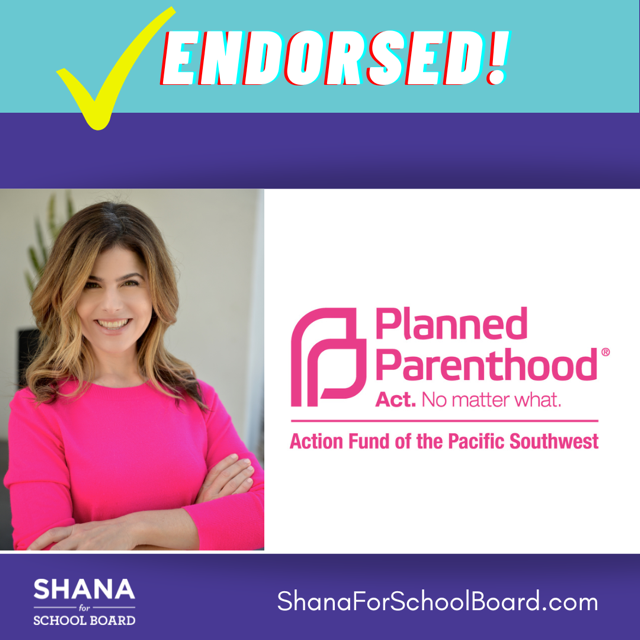 SAN DIEGO, CA —Today, Shana Hazan, former public school teacher, nonprofit executive, and parent of an SDUSD student, announced that she has been endorsed by Planned Parenthood Action Fund of the Pacific Southwest.

Planned Parenthood Action Fund of the Pacific Southwest supports candidates who are pro-family planning and support access to safe and legal abortion. The organization delivers their endorsement citing Hazan’s 100% commitment to Planned Parenthood, reproductive health, and policies that improve the health and protect the privacy of women and their families.

“At a time when reproductive rights are under attack, I am proud to stand with Planned Parenthood Action Fund to ensure my daughters — and all people — have the freedom to make decisions about their bodies and their health care,” said Hazan. “On the school board, I will uphold these values as I work to deliver stronger, more equitable schools across San Diego.”